Moving on from the linocut I produced for the 20:20 exchange, I decided to try a similar idea but with a more dynamic form and use the plate to try some different colour ways as well.  So far I had built the colour up from light to dark, but with one version here I started with the dark brown and the the subsequent two colours were lighter.

This resulted in the three versions below. 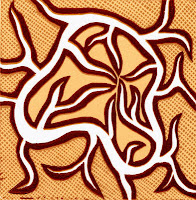 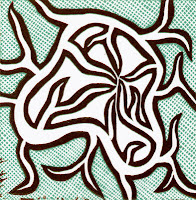 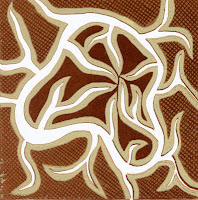 I then wanted to try something with a finer form and explore the background shading approach further. Again I used the opportunity to try some different stages of colour layering, with two, three or four colours per print.

This is one of the aspects of printmaking that I really enjoy, that you can take one plate and develop such varying results as below. 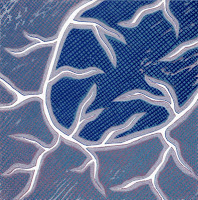 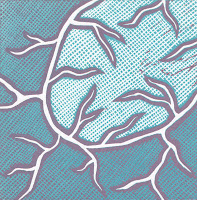 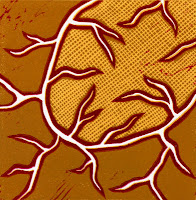 Next I think I look at placing two of the forms within one print.