Whilst visiting a friend in southern France we went to visit the Foundation Maeght, near St Paul de Vence.  A most unusual place it is a privately conceived and run art foundation, with exhibition spaces and a sculpture garden.  Opened in 1964, there are permanent works on display by Joan Miro, Marc Chagall, George Braque and many other prominent names of modern art.

During our visit there was a temporary exhibition of works by Fabrice Hyber called Homeopathic Painting, a review of over 20 years of work in a style he likened to storyboarding.  Multi-media paintings with drawings and thoughts placed to form a type of narrative.  Personally it was not something that grabbed me that much.

The selections of permanent exhibits in the grounds though were far more fascinating and well-spaced around the gardens allowing the opportunity to see many of the works in the round.  There was also a small chapel containing a beautiful stain glass window designed by George Braque. 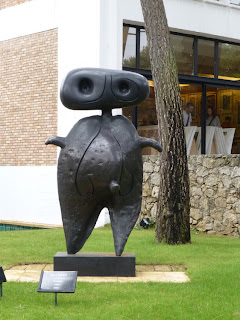 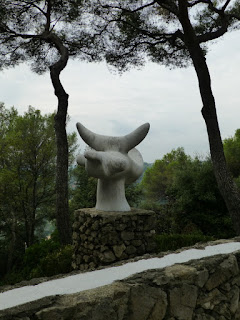 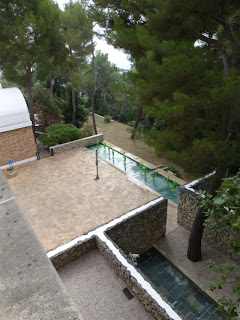 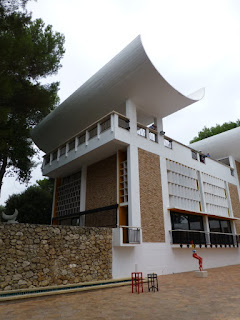 
This morning was an early start, up at 6am as I was about to take part in the Windsor Street Gallery for the first time.  This was the third of four pilot events supported by Windsor Town Council to have an open air art gallery in the town.

The first two had mixed fortunes with the weather, but today was just about right, a little cool at the start and end but otherwise excellent to ensure a good number of people in the town; happy to linger a bit and look at work.

Thirteen artists with all sorts of styles took part and a number of works were sold including one of mine.  So a successful day which we hope will improve as the event becomes more widely known.
So if you fancy a day out at the end of November (25th) come along to Windsor, for the next street gallery, see some art and perhaps have a tour of the Castle to complete your day of culture.

I have just returned from a holiday in Canada.  My husband and I were spending time with my family as well as a bit of touring just a few small bit of this vast country.  It was great to spend some time at the family cottage with my cousins Kate and Helen who are also both artists.  So you can imagine some of the conversations that took place about making work, trying to sell work and all the ups and downs it involves.

A week later we were walking in Algonquin Park, Ontario an area that inspired The Group of Seven, Canada’s own impressionists, educated in Europe but who returned home to develop their own unique views and language of this wilderness area in the early 20th Century.   It is a spectacular landscape and would be a privilege to be able to observe it through the year rather than just be satisfied with the quick snapshot we were able to enjoy.

Returning to Toronto we stopped at the McMichael Collection and saw some of the paintings that landscape have inspired, alongside more contemporary visions and works from Native artists.  Back in Toronto Kate took us to see The Square Foot show, where as it says in the title all the works are a square foot on size, and Kate and Helen were both showing.  A rich and varied selection that really required more than one viewing, as they were tightly displayed with so much to look at, from floor to ceiling.

Whilst Canada is a country that does not get mentioned much in the art press here, it has its own rich history of art and a vibrant contemporary scene that are well worth investigating if you have the chance.

A few views from Algonquin 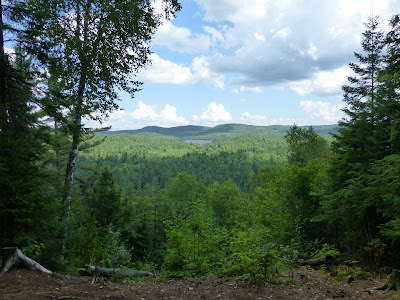 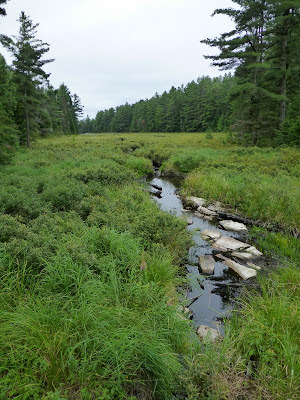 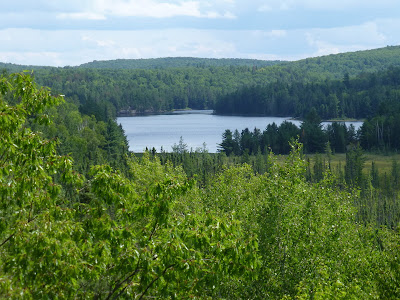